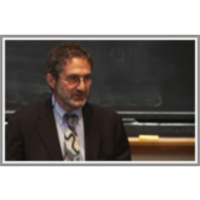 This video was recorded at MIT World Series: Nobel Laureate Speakers. Renaissance Physicists This duet of talks by two Nobelists, while cheering the consolidation of MIT's Physics groups within the new Green Center for Physics, sees primarily gloomy prospects for science in coming decades. There are "dark clouds on the horizon," believes Robert Laughlin, as the post-World War 2 public funding of basic research dwindles. In its wake, commercial interests are gaining control over the production of knowledge, favoring chemistry, materials sciences and engineering disciplines. In a technical milieu, some of the people "have to have a wild childlike curiosity where they demand to understand everything," and this "omnivorous" person is typically a physicist, says Laughlin. Omnivorous scientists are not valuable to industry, and often dangerous, since they make knowledge public rather than hiding (or patenting) it. But university students and their parents need such teachers, who provide an invaluable balance to the relentless forces in the world driving technical knowledge into corporate realms. The "era we're in right now is an era of darkness in which the entire idea of public domain knowledge is being rejected by people very high up in society, and implemented in laws," says Laughlin. So the young physicist must regard himself "as a revolutionary person… a troublemaker when it comes to the sequestration of knowledge." Concludes Laughlin, "Our job is "to make sure the concept of reason, the science of reason, does not perish from the earth." Learning from MIT Pulling people together across scientific boundaries has proven valuable in the past, and is even more essential moving forward, believes Steven Weinberg. In his own years at MIT, scientists banded together to oppose the deployment of an anti-ballistic missile system, and formed the Union of Concerned Scientists to help guide government science policy. Today, there's an urgent need for a unified scientific voice to speak out on key issues. He singles out for derision NASA's single-minded pursuit of President Bush's Moon-Mars mission, which has sidetracked, among other valuable work, climate change studies and MIT's own cosmic ray observatory, after $1 billion-worth of construction costs. He calls for astronomers and astrophysicists to "speak up and challenge NASA on its childish judgments." Weinberg also points to "many things that need to be done in this country, but that are not getting done for lack of funds: repairs of sagging bridges and tunnels, inspections of imported goods, FDA follow-ups on prescription drugs, education benefits for veterans, more basic science projects. These works consistently run up against arguments that funding them will somehow harm the economy. Weinberg believes we are ill served by those who insist that investing for the public good somehow damages the economy. "Perhaps it's time for a Union of Concerned Economists," he proposes.

Disciplines with similar materials as Renaissance Physicists-Learning from MIT

You just viewed Renaissance Physicists-Learning from.... Please take a moment to rate this material.
Rate